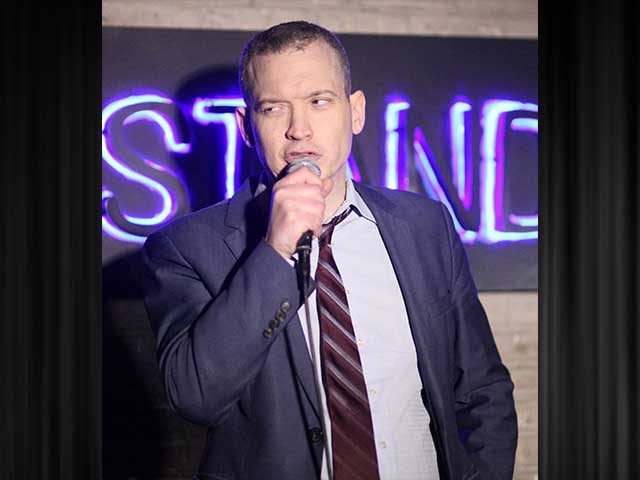 Pat Dixon is an experienced standup who has been seen in his own half hour special (Comedy Central), as a cast member on Vh1s Best Week Ever and The Late, Late Show (CBS). Earlier this year, Dixon appeared on Comedy Centrals This Is Not Happening, on which he found the comedy in the story of an ex-girlfriend who was arrested (and later convicted) for his attempted murder after following him to an IHOP restaurant with a gun and ambushing him in the parking lot.  Dixon is also the host of The New York City Crime Report, a true crime podcast which has featured comedy based on tabloid crime stories from the NY Post since 2011. He also hosts 2 shows on Anthony Cumias Compound Media (Crime Report and TRUMP) which broadcast LIVE each week.

Pat Dixons style is interactive and fun, and while his stand-up is far from typical, his show can be enjoyed and appreciated by any kind of person. His stuff about his wives (current and past) and casual observations about relationships make this show perfect for couples  whether its a first date or a 50th anniversary  but families, loners, office parties and bachelorettes are all encouraged to come and laugh, because theres something for everybody.

Some of his over-the-top observations and surprising punchlines would qualify for an R-rating, but his ease on stage and obvious respect for the audience take the edge off. Hes just a funny guy, and what he does is appreciated by comedy nerds, casual fans and even people who dont tend to like stand-up comedy at all.

Hes performed in theaters, comedy clubs and bars in (almost) every state and earned a reputation as a rare comedian who can say everything thats on his mind without pissing everybody off.