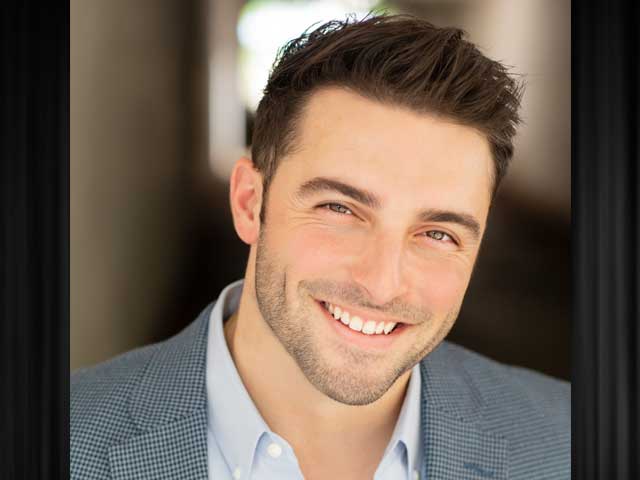 Nick’s career has taken off since his TikTok impersonation of Sebastian Maniscalco blew up the internet in September 2020. Back then, he earned reviews from Maniscalco himself plus invaluable screen time when the fellow Arlington Heights native spotlighted Smeriglio’s video on the Jimmy Kimmel show.

In October 2021, Smeriglio packed his bags and moved to New York, immediately making the rounds at East Coast comedy clubs. An 11-day, nine-show tour paved the way for a headlining gig at the famed Caroline’s on Broadway in Times Square. Then, it was back to Chicago for six shows at the Chicago Improv with fellow Italian-American comic and mentor Anthony Rodia.

Smeriglio traveled to Burbank, California, in early November to perform with Jay Leno. “Mr. Leno was incredibly genuine and kind,” he says. “We had about 30 minutes to talk, and he was an inspiration.” In late January, it was back to Chicago to appear on WGN-TV and 670 AM The Score after he produced a skit on how celebrities would have fired former Chicago Bears Head Coach Matt Nagy.

Smeriglio has also accepted roles in television commercials, hosted and emceed corporate sales meetings and trade shows throughout the country, and performed multiple events for charities in the Edison Park neighborhood of Chicago.